Raka Ray to give CSWS Acker-Morgen Memorial Lecture May 20 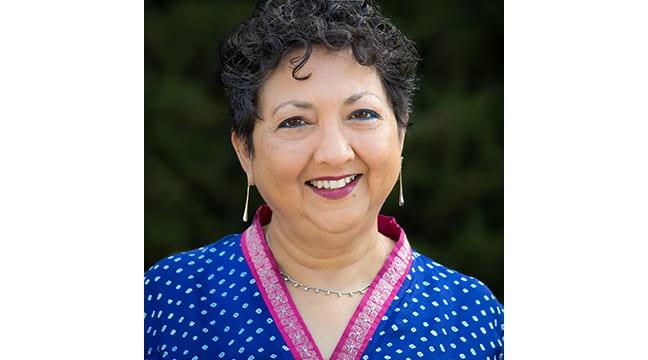 Raka Ray to give CSWS Acker-Morgen Memorial Lecture May 20

On May 20, UC Berkeley sociologist Raka Ray will present the annual CSWS Acker-Morgen Memorial Lecture on “The Politics of Masculinity in the Absence of Work.” The talk will be held 3:30-5 p.m. in the Ford Lecture Hall, Jordan Schnitzer Museum of Art. Talk and reception are free and open to the public. Masks will be provided for audience members, and the outdoor reception will be held on the north patio of JSMA.

Ray is a professor of sociology and South and Southeast Asia studies and dean of social sciences at Berkeley. She is much in demand as a speaker on issues ranging from gender and feminist theory, postcolonial sociology, contemporary politics in the US and India, and her current project on the transformations in gender wrought by the decline of traditional fields of work for men.

The following is a description of her talk: “While feminists have long argued for the importance of gender in the analysis of political economy – for example that the (heterosexual) family should not be assumed to be a unit, that men and women have different power relations within the family, and that they have different relationships to the labor market – studies of political economy and the political economy of gender have simply not come together often enough. When they have done so, the focus has been on women’s experience of the economy. The failure to understand capitalism globally, as always already marked by the analytical category of gender (and race/caste/religion where relevant) has led, in the wake of global changes in men’s work, to an inadequate understanding of the complexity of the resentments wrought by these changes. This paper joins a burgeoning conversation about masculinity when men are faced with structural irrelevance in the workplace. In this paper, I consider men who do not have class advantage, and who are increasingly seen as those the new economy has left behind – the losers in the new global order who pose a threat to society at large. What becomes of men in the absence of work? What possibilities beyond attraction to popular authoritarianism and fundamentalisms are there for men to inhabit during unsettled times?”

Ray’s publications include Fields of Protest: Women’s Movements in India (University of Minnesota, 1999; and in India, Kali for Women, 2000), Social Movements in India: Poverty, Power, and Politics, co-edited with Mary Katzenstein (Rowman and Littlefeld, 2005), Cultures of Servitude: Modernity, Domesticity and Class in India with Seemin Qayum (Stanford 2009), The Handbook of Gender (OUP, India 2011), Both Elite and Everyman: The Cultural Politics of the Indian Middle Classes, co-edited with Amita Baviskar (Routledge, 2011), The Social Life of Gender (Sage 2017) co-edited with Jennifer Carlson and Abigail Andrews, and many articles and op-eds.

Sponsored by the Center for the Study of Women in Society, the annual Acker-Morgen Memorial Lecture commemorates two former center directors. A pathbreaking feminist researcher, Joan Acker taught sociology at UO for nearly three decades. In 1973, she helped establish CSWS, which she directed until 1986. A pioneer in feminist anthropology, Sandra Morgen began teaching at UO in 1991. She served as director of CSWS from 1991-2006.