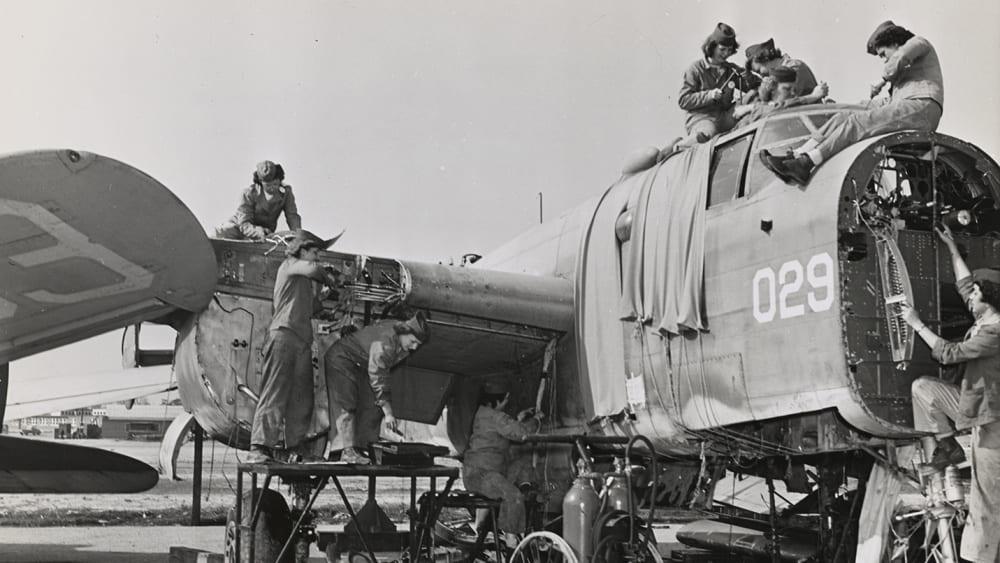 From Around The O—A traveling exhibition from the National Archives, “One Half of the People: Advancing Equality for Women,” finally arrives at the Knight Library this month after being postponed two years because of the COVID-19 pandemic.

Originally scheduled for 2020 to coincide with the 100th anniversary of passage of the 19th Amendment to the Constitution giving women the right to vote, the exhibition features dozens of framed photographs and facsimiles of original documents from the National Archives, the Library of Congress and other repositories that chronicle the history and stories of American women’s struggle to achieve full citizenship.

The exhibition, which opens April 6 and runs through May 25, is free and open to the public.

“It’s very special to see some of these important documents, even if they’re facsimiles,” said senior librarian and UO Libraries curator of manuscripts Linda Long, who encourages people to attend the special, in-person exhibition and learn about the history and sacrifices women made to advance equality and the right to vote.

The exhibition, which will wend its way through the Knight Library’s lobby and east and west main quarters, is separated into three sections, covering themes on securing the vote, beyond the vote and redefining roles. Three video units that parallel the stories being told about suffrage and the drive for equal citizenship will be set up for the self-guided tour.

Change does not happen overnight, but in the case of women’s voting rights, it would take 41 years. First introduced in Congress in 1878, the 19th Amendment did not pass until 1920. And even then, many women were excluded from voting long into the 20th century because of discriminatory laws.

“Visitors might be surprised by the length of time it took to enact the amendment,” Long said. “There were setbacks all along the way. Native American women couldn’t vote; by law Black women should have been able to vote but there were obstacles such as poll taxes and literacy tests established to prevent people of color from voting.”

The exhibit also will feature profiles of 11 women who pushed boundaries, including such luminaries as Harriet Tubman, Annie Oakley, Shirley Chisholm and Sandra Day O’Connor.

A complementary exhibition will be installed upstairs in Special Collections and University Archives to showcase the efforts of Oregon women in the suffragette movement, including Abigail Scott Duniway, an early suffragette who was instrumental in passing the amendment in Oregon in 1912, eight years before it was approved nationally.

Visitors can also learn about the Oregon Woman’s Political Caucus, established in the early 1970s in tandem with the founding of the National Women’s Political Caucus led by Gloria Steinem. The caucus recognized that although women had the right to vote they didn’t have the full range of rights of citizenship that men had in areas of finance, education and employment.

“People might be shocked to learn that as late as the 1960s and ‘70s women still could not get credit in their own name,” Long said.